Welcome to our NEW online store. We are a little gift shop located in the heart of Ponchatoula and we hope you enjoy our products as much as we do. 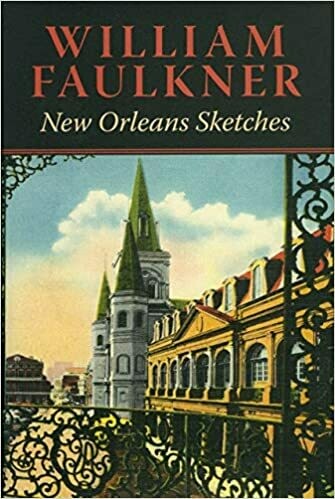 In 1925 William Faulkner began his professional writing career in earnest while living in the French Quarter of New Orleans. He had published a volume of poetry (The Marble Faun), had written a few book reviews, and had contributed sketches to the University of Mississippi student newspaper. He had served a stint in the Royal Canadian Air Corps and while working in a New Haven bookstore had become acquainted with the wife of the writer Sherwood Anderson.

In his first six months in New Orleans, where the Andersons were living, Faulkner made his initial foray into serious fiction writing. Here in one volume are the pieces he wrote while in the French Quarter. These were published locally in the Times-Picayune and in the Double Dealer.

The pieces in New Orleans Sketches broadcast seeds that would take root in later works. In their themes and motifs these sketches and stories foreshadow the intense personal vision and style that would characterize Faulkner’s mature fiction. As his sketches take on parallels with Christian liturgy and as they portray such characters as an idiot boy similar to Benjy Compson, they reveal evidence of his early literary sophistication.

In praise of New Orleans Sketches, Alfred Kazin wrote in the New York Times Book Review that “the interesting thing for us now, who can see in this book the outline of the writer Faulkner was to become, is that before he had published his first novel he had already determined certain main themes in his work.”

In his trailblazing introduction, Carvel Collins often called “Faulkner’s best-informed critic,” illuminates the period when the sketches were written as the time that Faulkner was making the transition from poet to novelist.

Save this product for later
Display prices in: USD